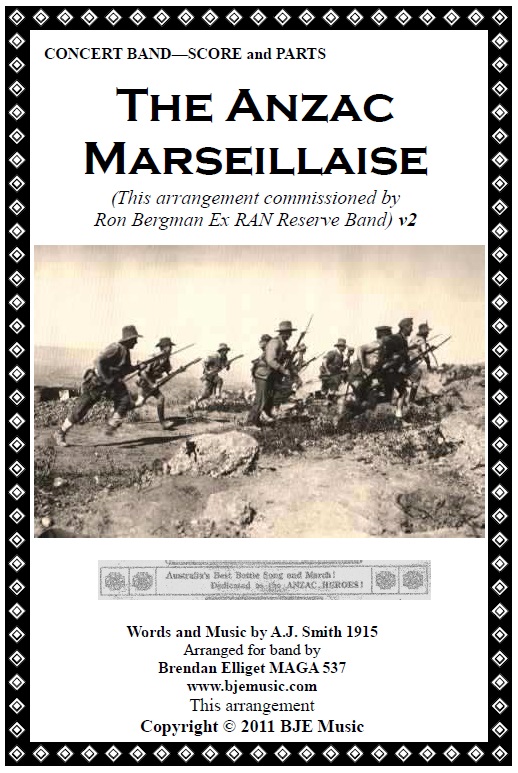 The Anzac Marseillaise is a "battle" song written A. J. Smith around 1915-16 " dedicated to the ANZAC Heroes". Although not strictly in typical march format, it could be used as such or be used as an accompaniment to the vocal using the original words.

​I was approached by Ron Bergman (ex RAN Navy Reserve Band) to arrange this piece from an old copy of the original piano music he had for the use of the band at its reunion and get-together in February 2011.

This is the Concert Band version.- most parts are double A4 size. March Card sized parts are also now included as another PDF download.

Listen to the MP3 recording - It was recorded with NotePerformer.

are also included in the PDF

A PDF of the Trombones 1 and 2 in TC, Bb Bass, Eb Horns are now also included as a separate download.