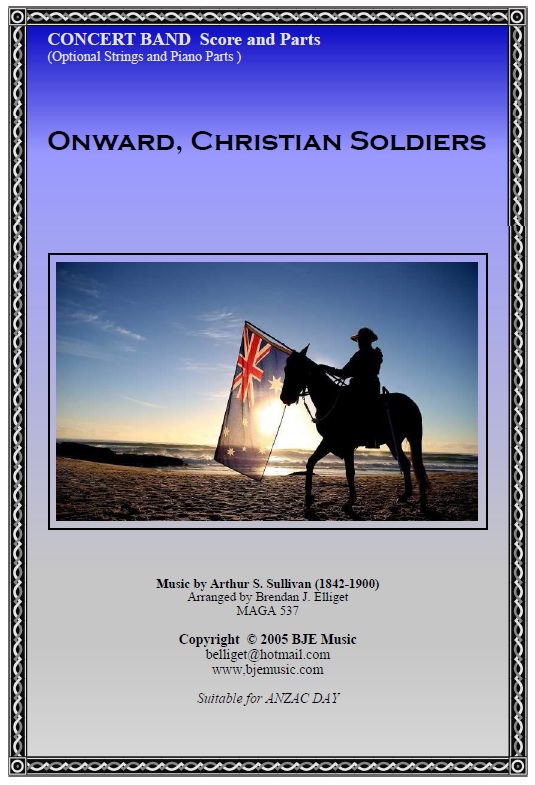 "Onward, Christian Soldiers" is a 19th-century English hymn. The words were written by Sabine Baring-Gould in 1865, and the music was composed by Arthur Sullivan in 1871. Sullivan named the tune "St. Gertrude," after the wife of his friend Ernest Clay Ker Seymer, at whose country home he composed the tune. The Salvation Army adopted the hymn as its favoured processional. The piece became Sullivan's most popular hymn. The hymn's theme is taken from references in the New Testament to the Christian being a soldier for Christ, for example II Timothy 2:3 (KJV): "Thou therefore endure hardness, as a good soldier of Jesus Christ."  [Wikipedia]

This arrangement is for full concert band with optional string and piano parts. There are descant parts for Flute/Piccolo, Clarinet and Trumpet. Parts include parts for Eb and F Horns, Bb, Eb and C Tubas.

Suitable for use on ANZAC Day.