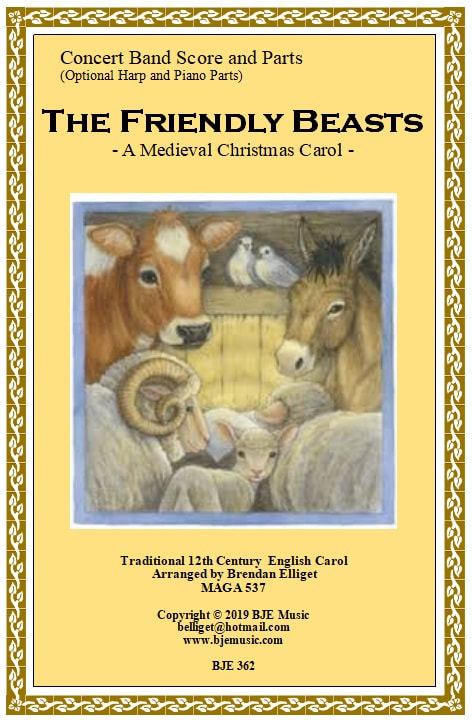 "The Friendly Beasts" is a traditional Medieval Christmas song about the gifts that a donkey, cow, sheep, camel, and dove give to Jesus at the Nativity. The song seems to have originated in 12th-century France, set to the melody of the Latin song "Orientis Partibus". The current English words were written by Robert Davis (1881-1950) in the 1920s.[2] The song is also known as "The Song of the Ass", The Donkey Carol", "The Animal Carol", and "The Gift of the Animals. [Wikipedia]

This arrangement is for Concert Band with Optional Harp and Piano parts (Not on the score). There are two different Descant parts for Solo Trumpet in the 4th and 5th Verses.