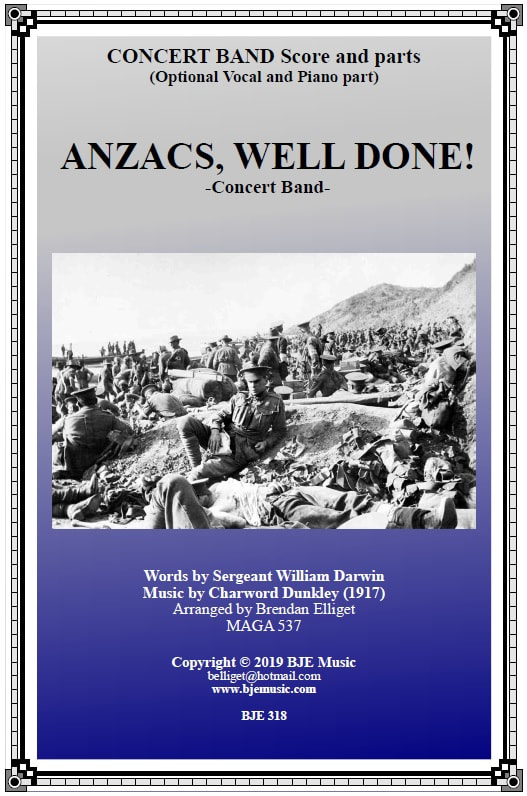 This song was first written as a poem by Sergeant William Darwin, 7th Battalion AIF, whilst recovering in hospital before printed copies of the poem in Kirkleston, Scotland and including it in a letter to Mr. James Walker, Bendigo, dated 24 June 1916. The poem was dedicated to the Anzacs who fell at Gallipoli as well as those who were still living. The poem was published in the Bendigonian on 21 September 1916.

The music for this arrangement is credited to Charlwood Dunkley (The music is now out of Copyright and in the Public Domain - Another version of the tune by Ambrose G. Gregory is still in Copyright…)

This arrangement is for Concert Band with an Optional Vocal Lead Sheet and Piano Accompaniment part.

There are parts for Bb and Eb Basses as well as C Tuba.

(The original composition had the Chorus repeated after each of the 3 verses - In my arrangement, the Chorus is played once after each verse…)