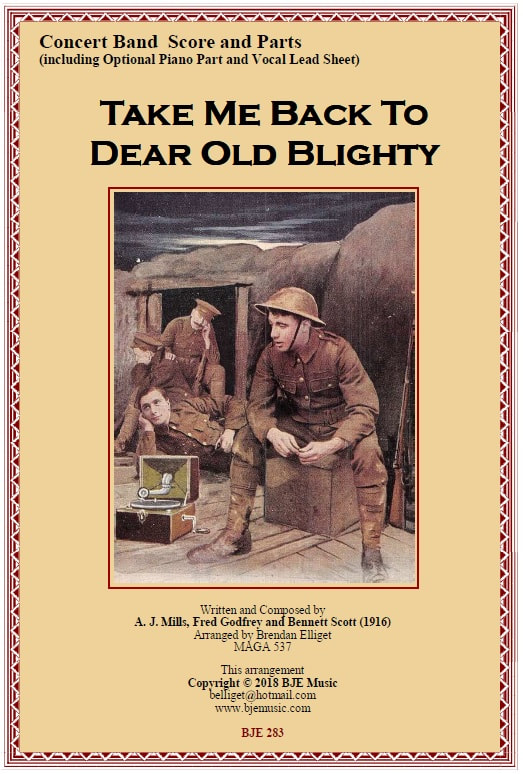 "Take Me Back to Dear Old Blighty" is a music hall song written by Arthur J. Mills, Fred Godfrey and Bennett Scott in 1916. It was popular during the First World War and tells a story of three fictional soldiers on the Western Front suffering from homesickness and their longing to return to "Blighty" - a slang term for Britain.

Fred Godfrey wrote the song with Bennett Scott and A.J. Mills after passing a music hall in Oxford where a show called Blighty was showing. He recounts: "One of us suddenly said “What an idea for a song!” Four hours later it was all finished, and the whole country was singing it soon afterwards. I got — not very much.

The chorus lyric "Take me back to dear old Blighty/Put me on a train to London town" was included in The Oxford Dictionary of Quotations. [Wikipedia}

This arrangement is for Concert Band with optional Piano part (not on the score) and Vocal Lead Sheet.

There are parts for Eb and F Horns, and parts for Trombones 1 and 2 in BC and TC.