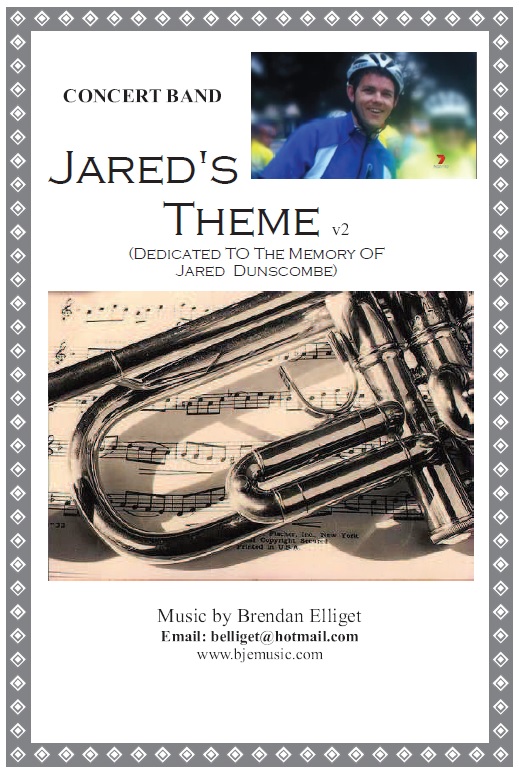 This composition is dedicated to the memory of Jared Dunscombe who tragically died while taking part in a bicycle event for his favourite charity near Geelong, Victoria, Australia. Jared was a member of the Casey Concert Band for many years as a lead trumpet player. I occasionally play with this community band and was so moved on hearing the news of his death, that I decided to write a composition for concert band featuring a Solo section for trumpet. A celebration of his involvement with the band.

Parts for Eb and F Horns included as well as optionally String parts, Piano and Harp (if you want an orchestral arrangement)

The MP3 was recorded with NotePerformer 3