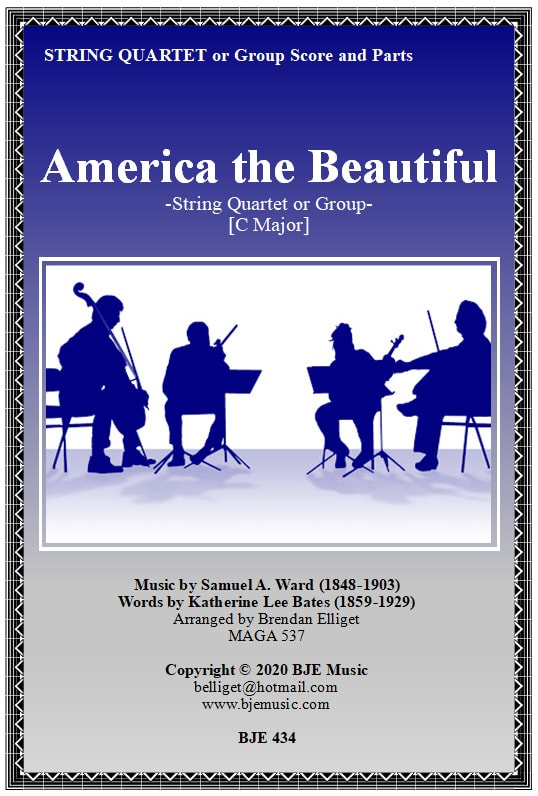 It has been arranged here for a String Quartet or Group [Key of C] including a Violin 3 which doubles the Viola part with appropriate range changes. There is also an optional Piano Part (Not shown on the score).

Add to Cart
Preview PDF
MP3 was recorded with NotePerformer 3
>