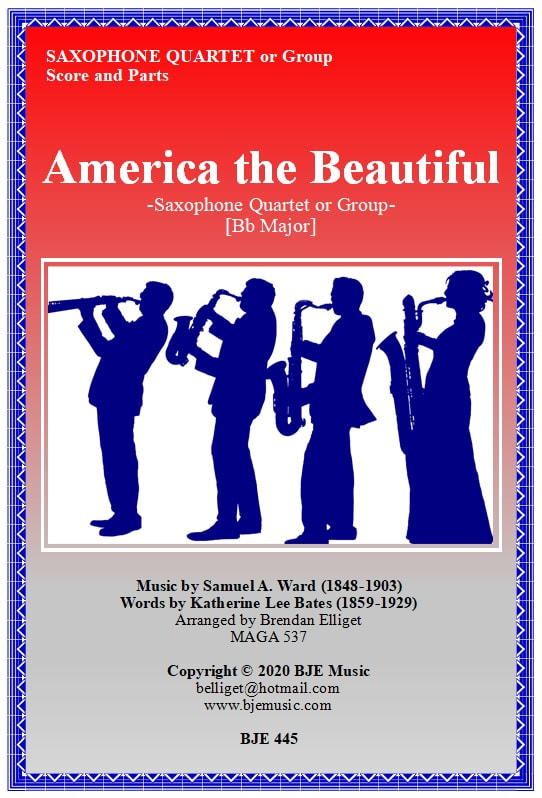 It has been arranged here for a Saxophone Quartet or Group [Key of Bb]. Parts for Soprano, Alto, Tenor, Baritone, and Bass Saxophones. There is also an optional Piano Part (Not shown on the score).