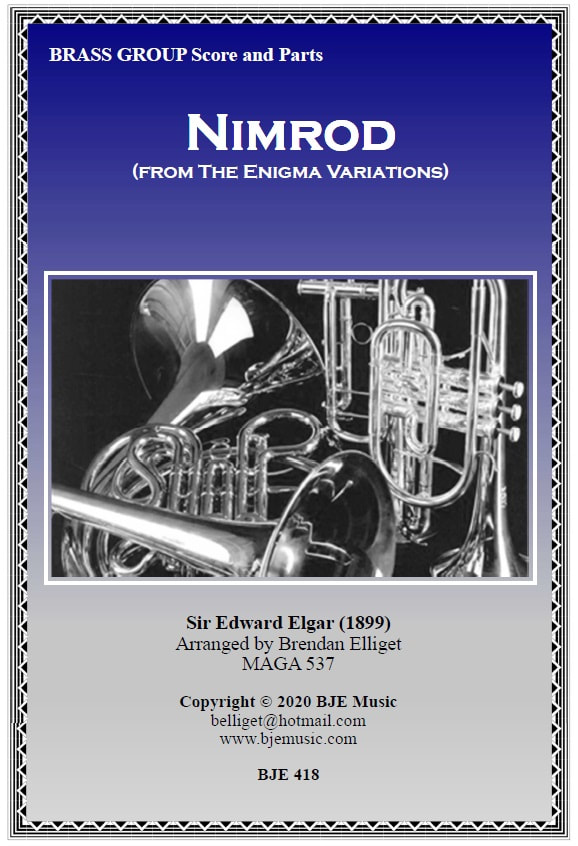 Edward Elgar composed his Variations on an Original Theme, Op. 36, popularly known as the “Enigma Variations”, between October 1898 and February 1899. It is an orchestral work comprising fourteen variations on an original theme. “Nimrod” (Adagio) was the 9th variation. The name of this variation refers to Augustus J. Jaeger, who was employed as a music editor by the London publisher Novello & Co. He was a close friend of Elgar's, giving him useful advice but also severe criticism, something Elgar greatly appreciated. Elgar later related how Jaeger had encouraged him as an artist and had stimulated him to continue composing despite setbacks. Nimrod is described in the Old Testament as "a mighty hunter before the Lord", Jäger being German for hunter. [Wikipedia]

It has been arranged here in the lower key of Bb for a Brass Group (Septet): 2 Trumpets, 2 Horns in F or Eb, Trombone (TC or BC), Euphonium (TC or BC), and Tuba.