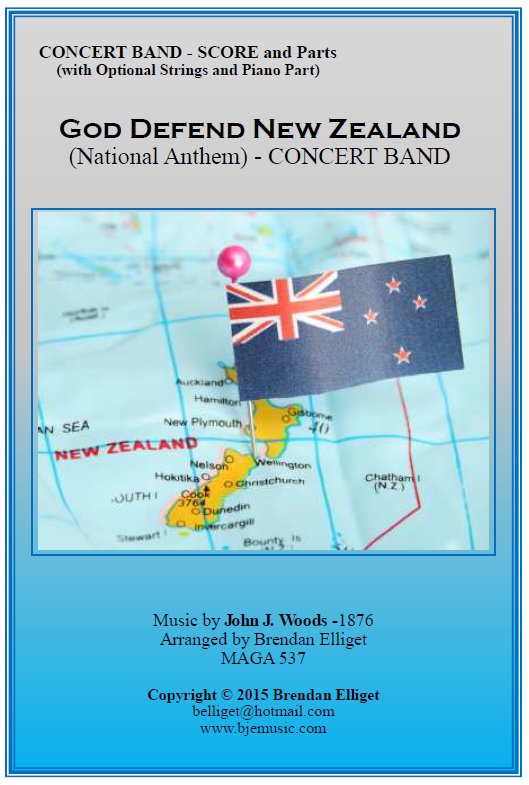 "God Defend New Zealand" was written as a poem in the 1870s by Irish-born, Victorian-raised immigrant Thomas Bracken of Dunedin. A competition to compose music for the poem was held in 1876 by The Saturday Advertiser and judged by three prominent Melbourne musicians, with a prize of ten guineas. The winner of the competition was the Tasmanian-born John Joseph Woods of Lawrence, New Zealand who composed the melody in a single sitting the evening after finding out about the competition. The song was first performed at the Queen’s Theatre, Princes Street, Dunedin, on Christmas Day, 1876. [Wikipedia]

This arrangement is for Concert Band and optional Strings and Piano parts included (but not shown on the score) - Lower Key of F (Original in G). If you would prefer the original key of G or any other key, please email me – If singing the words for more than one verse, accompaniment can be varied eg. Woodwind only for one verse – as in the MP3 recording.

You also get the March Card sized version of the Concert Band parts as a separate PDF file as well. Eb Horn parts now included...