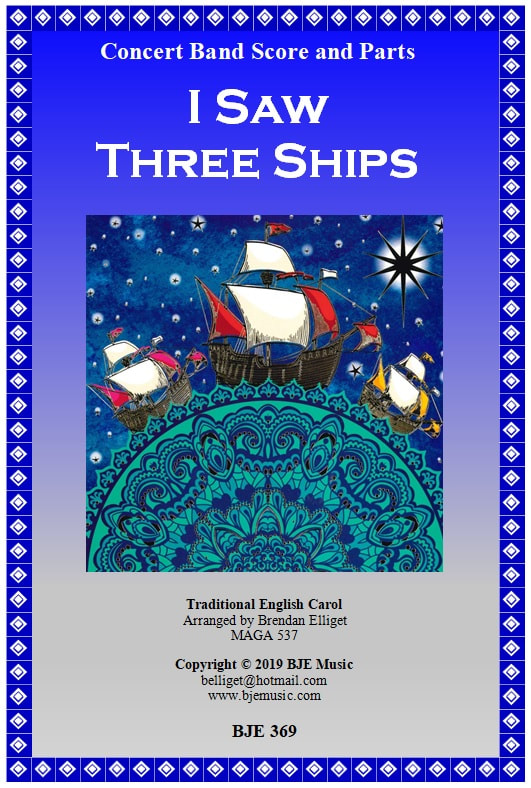 "I Saw Three Ships (Come Sailing In)" is a traditional and popular Christmas carol from England. The earliest printed version of "I Saw Three Ships" is from the 17th century, possibly Derbyshire, and was also published by William Sandys in 1833.

The lyrics mention the ships sailing into Bethlehem, but the nearest body of water is the Dead Sea about 20 miles (32 km) away. The reference to three ships is thought to originate in the three ships that bore the purported relics of the Biblical magi to Cologne Cathedral in the 12th century. Another possible reference is to Wenceslaus II, King of Bohemia, who bore a coat of arms "Azure three galleys argent". Another suggestion is that the ships are actually the camels used by the Magi, as camels are frequently referred to as "ships of the desert". [Wikipedia]

The bright arrangement is for full Concert Band/Orchestra*. The MP3 was recorded with NotePerformer 3.

Part of this arrangement was used in my Christmas Suite No. 1. (See associated scores)